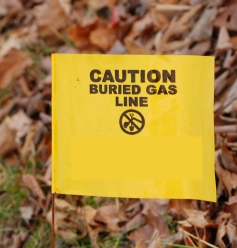 [This story by Dustin Luca was in the Salem News on Sunday, December 6. Following the link to read more of the article are the notes I took at the November 30th Salem City Council Sub-Committee on Public Health, Safety and the Environment meeting on the subject. –Alan Hanscom]

SALEM — There are hundreds of slow, gradual natural gas leaks throughout the North Shore, but National Grid is steadily making progress addressing them.

There were about 800 leaks throughout the communities covered by The Salem News when state utilities reported their leak numbers this past winter. The majority of them locally were in Beverly, Danvers, Marblehead, Peabody, Salem and Swampscott, according to data put together by Home Energy Efficiency Team at heetma.org.

Salem’s share of those leaks at the time was 92. After more than a half-year of work, that number has been carved down to 60, according to Danielle Williamson, a spokeswoman for National Grid.

Of those leaks, 55 are considered “grade 3” leaks, meaning they don’t pose a significant risk to public health, safety and the environment, according to Williamson. The remaining five leaks are “grade 2,” which aren’t massive problems but enough of an issue that they’ll be patched in the coming month or two.

Grade 1 leaks are labeled such when they’re so severe that the company won’t leave the scene until they’re closed. There aren’t any throughout the city, Williamson said.

The number of leaks is tied to the age of the infrastructure that pumps gas into the region, according to Williamson.

Read the rest of the article.

Present in addition to the City Council members of this subcommittee were State Representative Paul Tucker, Joel Wool (Energy Organizer, Clean Water Action); and, from National Grid: Daniel Cameron, Program Manager, Community and Customer Management for Massachusetts; and Bill Mosco (his jurisdiction with National Grid is Salem). From the city: officials from the Salem Fire Department, the Salem Police Department, and the city’s Electrical Department. A number of residents were also present, including myself.

National Grid is not required to pay for the unaccounted gas from these leaks…the cost is passed along to consumers. A City Council member asked, “Do you have a pie chart showing the sliver of natural gas that’s leaked into Salem’s air in a one-year period?” National Grid’s answer was, “No, we’re not capable of making that determination.”

However, a statement by Joel Wool had a lot of good information about all the gas leaks passing up into the atmosphere, and that National Grid CAN figure out how much this is. The fact that the cost of this waste is being passed along to the consumer is making National Grid less motivated to perform repairs. He also pointed out that Harvard University did a study and determined $90,000,000 (NINETY MILLION DOLLARS) of natural gas is escaping [sorry I didn’t get the info for what area this covered and for how long a period of time], and cost is being passed along to consumers; as well as methane being a very potent greenhouse gas, far worse than carbon dioxide.

NG showed the Excel spreadsheet of the gas leaks in Salem, by which time of this meeting was down to 55 leaks.

Grade 1 gas leaks are serious and are fixed immediately. Response to these are triggered by 911 calls to the fire department, usually in response to residents smelling mercaptan, the gas additive that has the strong odor. The Fire Department has two hand-sized natural gas sensors on every truck, and if gas is detected by both sensors, National Grid is called in; if only one sensor picks up gas, a third sensor is brought in to figure out if there’s really gas present (the sensors go off when the percentage of gas present is only 0.5%, even though when it’s up as high as 5%, it still presents no danger). Any gas leak inside a residence is always grade 1; even a small gas leak that’s near a residence is grade 1. Grade 1 gas leaks occur about twice a week in Salem, but the fire chief said they are dealt with immediately. One of the problems with reporting these leaks is that instead of first and foremost calling the fire department, people try to report it through less direct means.

Councilor Gerard said in regards to this: “I ran into a situation where one of my constituents told me someone had reported a gas leak ONLY on See Click Fix on the city’s website. I called the Fire Department right away and removed it from the website.”

The Fire Chief replied, “Gas leaks should NOT be reported on the web. The fire department should always be called, even if we find out later on it’s a known, grade 3 leak that poses no danger. We respond to all of those calls and check with our sensors, since it’s possible that a grade 1 leak may have developed.”

The grade is determined by using a formula that is based on the distance from the nearest structure; and the percent of gas to the amount of air it’s occupying. NG stated they didn’t want to get too technical on giving us the details of this formula.

Grade 2 gas leaks are non-hazardous, but could turn into grade 1. They’re only required to be checked once every twelve months, but the reality is that National Grid checks and fixes them more often than that (within a few months at the most). Again, these are far enough away from structures to not pose a threat, and the percentage of gas to air is not very high. There are currently five grade 2 gas leaks in Salem, and they’ll be fixed before the end of the year (2015).

Grade 3 gas leaks are away from structures and consist of a small percentage of gas escaping to the volume of air present; National Grid is only required to check these every twelve months and they’re NOT required to fix them. However, they do monitor these multiple times throughout the year.

NG has an ongoing program with the Salem DPW; three miles of gas lines have been replaced [I didn’t catch what time period this was in]. They have to comply with a law that they replace “X number of miles of leak-prone pipeline per year.” [they didn’t say what “X” was, but that may have been because they were talking about communities in general, and the number is different for each]

Q: “How do you cover the entire area of Salem to determine where the gas leaks are?”
A: “Those trucks that have the special cones on them, when you see them driving through–those cones are very sensitive sensors that are picking up the gas leaks.”

Q: “Does National Grid coordinate with the cable project that’s currently going on in Salem, especially since the cable operation is digging in the same area the gas lines are?”
A: “Yes, and the Electrical Department of Salem is ALSO getting their work done at the same time.”

Q: “What about clusters of grade 3 leaks that are in close proximity to each other?”
A: “They’re still evaluated individually, although usually that situation identifies a leak-prone pipeline; which then triggers replacement of it.”

Q: “How do you find it on the web if there’s a leak near your house?”
[multiple answers] —
A: (from one of the city councilors) “Call the city, they have the spreadsheet on file and are obligated to give out that information if asked.” [also, it should be noted here that there is an online map of the gas leaks in Salem as of February 2015]
A: (I think from Councilor Eppley) “Forward those requests to the City Clerk’s office.”
A: (from National Grid) “The information is not on line. Even though that’s being done out in California and other places, the concern is that we don’t want to create panic over grade 3 leaks that pose no threat.” [However, one of the Councilors thought we COULD handle that information, and it should be not only online, but dynamically changing as the leaks are repaired].

Q: (from myself) “I lost 90% of my sense of smell about 15 years ago, and I can‘t smell the mercaptan that’s added to natural gas. What if there was a grade one leak in my house? I’d never even know it. And what about the many people who have a diminished sense of smell?”
A: (Daniel Cameron from National Grid gave me his card and said for me to contact him about it; suggestions from others including doing some research on the web for the best methane gas detectors, and also access dogs are trained to smell and alert their owners to the presence of natural gas)