Two bits of good news in the West Virginia v. Environmental Protection Agency case (where the EPA is being charged with breaking the law when it sought to lower greenhouse gas emissions from coal plants). There is still no guarantee that the EPA will win, but the environmental community was happy to hear that two of the three judges who will hear the case are Democratic appointees. The parties that members of a judicial panel belong to has been shown in other cases to make a great deal of difference, especially for judges on the DC Circuit. EPA opponents also sought a delay, but were not granted it (a delay would have meant the emissions could have gone on for years). 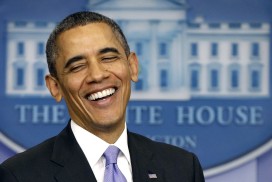 “​At the very least, the fact that Democrats enjoy a majority on the West Virginia panel suggests that the EPA rules will not receive the same questionable treatment that Obamacare received in the Halbig case. That doesn’t necessarily mean that the EPA will prevail in the DC Circuit — or that the Supreme Court will not get involved if it does. But the environmental community undoubtedly breathed a sigh of relief when they saw the identity of the judges assigned to this case.​​”