[Comment from SAFE Co-Chair Jeffrey Barz-Snell: “The Ipswich River Watershed Assoc. is stepping up their efforts to engage communities in our area about water conservation. Salem and Beverly share a well designed water system but we do draw from the Ipswich River.”]

From a Boston Globe Editorial:

After five months of dry weather, the drought has grown from an inconvenience for gardeners to a looming public safety threat. The “drought index” indicating forest fire risk in Massachusetts is at the same level as it is in some parts of the Rockies. Some towns, including Concord, have raised alarms about the possible impact of low water levels on the ability of firefighters to pump enough water in emergencies. The state put all of central and northeastern Massachusetts under “drought warning” last week, the second-highest level of alert, one notch below a formal emergency. (Boston and close-in suburbs use the Massachusetts Water Resources Authority, which operates vast reservoirs in central Massachsuetts [sic] and hasn’t suffered from the drought. But the MWRA is still urging homeowners to conserve water.) 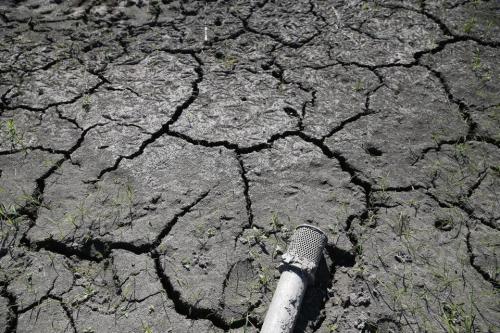 Cracked earth and a hose in a dried-up pond that is usually used to irrigate crops at Siena Farms in Sudbury (JESSICA RINALDI/GLOBE STAFF).

This entry was posted in City of Salem, water supplies, wildlife. Bookmark the permalink.