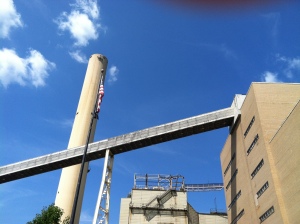 Today, President Obama released his Clean Power Plan, a first-of-its-kind plan to cut carbon pollution from the nation’s power plants. The effort to limit carbon from power plants was lead by EPA Administrator Gina McCarthy, who lead a similar effort in Massachusetts that forced the clean up of Massachusetts coal plants.

According to the Center for American Progress:

The Clean Power Plan is the most ambitious action yet taken in the United States to slow global warming, and is a key part of the president’s strategy in the global fight against climate change. A draft version of the plan was released last summer and the final version responds to more than 4.3 million comments from states, utilities, communities, and more. Here are a few key things to know about the finalized rule: