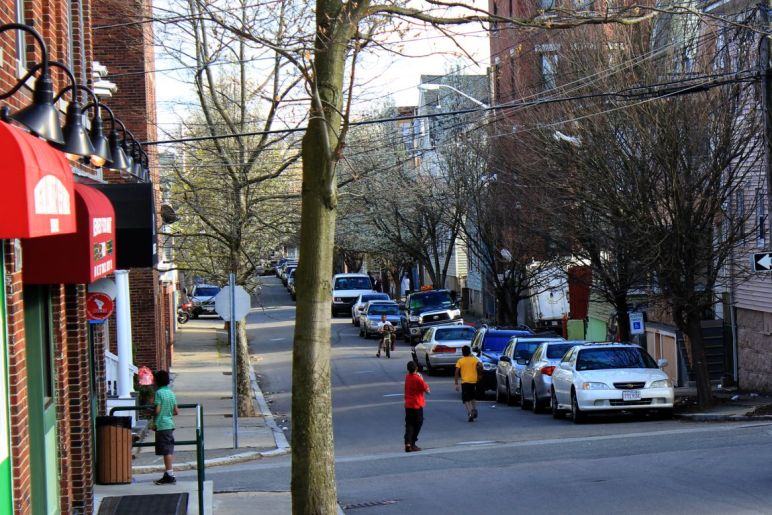 The Baker-Polito Administration has announced the expansion of the Greening the Gateway Cities Program (GGCP) to the cities of Salem, Fitchburg, Lowell, and Westfield. Through GGCP, the Department of Conservation and Recreation (DCR) works with 18 Gateway Cities throughout the Commonwealth to increase tree canopy cover in urban residential areas, especially environmental justice neighborhoods.

The state awarded $370,000 in grants to 11 cities and 10 non-profits to support tree planting in urban communities. The City of Salem received $20,000, and the local nonprofit Salem Sound Coastwatch received $15,000.

The City of Salem received $20,000, and the local nonprofit
Salem Sound Coastwatch received $15,000.

The Greening the Gateway Cities Program seeks to reduce energy use, decrease flooding from stormwater runoff, and improve the quality of life through the planting of thousands of trees. Trees have the ability to cool neighborhoods and reduce the “urban heat island” effect where large areas of pavement cause significantly hotter living conditions.

The trees will be planted in environmental justice (EJ) neighborhoods—for example, Salem’s “Point” neighborhood. EJ neighborhoods are areas where over 25% of residents are low income, minority or non-English speaking. DCR foresters will work with Salem Sound Coastwatch to help with outreach and community support.

“Over the past several years Salem’s commitment to our public trees has grown substantially,” said Salem Mayor Kim Driscoll. “From major increases in our tree planting and maintenance budgets, to the comprehensive tree ordinance and Tree Commission, to our grant-funded city-wide tree inventory and maintenance plan, we are committed to keeping our community green as an important measure to address air quality, water resources, personal health and well-being, energy use, and protection against extreme heat and flooding.”

The GGCP has set a goal of increasing the urban tree canopy to 5 to 10 percent in select neighborhoods in each Gateway City. By doing so, it could save households $230 per year on heating and cooling costs. To date, the program has planted over 27,000 trees in 14 Gateway Cities.