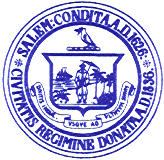 WHEREAS:  Massachusetts House Bill 2683/Senate Bill 1845 is an “An Act Relative to Protecting Consumers of Gas and Electricity from paying for Leaked and Unaccounted for Gas (UFG)” that seeks to protect all gas and electricity customers, whether businesses, manufacturers, homeowners and municipalities or other gas users, from paying for UFG by prohibiting providers from including the cost of UFG, as well as the costs of reducing or remedying loss, in the rate base; and

WHEREAS:  H.2683/S.1845 covers leakage or loss by leakage or loss due to discrepancies from measuring or monitoring inaccuracies, variations of temperature or pressure, or both, and other circumstances; and

WHEREAS:  H.2683/S.1845 will provide economic incentive to gas providers to develop improved technologies and practices for transportation, distribution and storage; and

WHEREAS:  The cost of UFG is typically passed on from providers of natural gas to users or consumers of gas; and

WHEREAS:  Leaking gas in the ground is harmful to vegetation and can kill valuable shade trees by depriving roots of oxygen; and

WHEREAS:  Methane is a precursor to ozone formation that can decrease lung function and aggravate asthma; therefore be it

RESOLVED: That the Mayor and City Council of Salem strongly supports House Bill 2683/Senate Bill 1845 and urge the Massachusetts Legislature to take action to support this measure to protect consumers and the environment.

RESOLVED: That the City Clerk shall forward a copy of this resolution to the elected Salem delegation in the House and the Senate as well as House Speaker Robert A. DeLeo and Senate president Stanley C. Rosenberg and to the Governor on behalf of the City of Salem.